The leftist Spanish government sparked outrage from many in its country after it announced a commemorative postage stamp marking the centenary of the Communist Party.

“The stamp, featuring the notorious hammer and sickle imagery, is to be launched by the state controlled Correos on November 14, with 135,000 limited edition copies with a postal value of 0.75 euros,” Summit News reports. 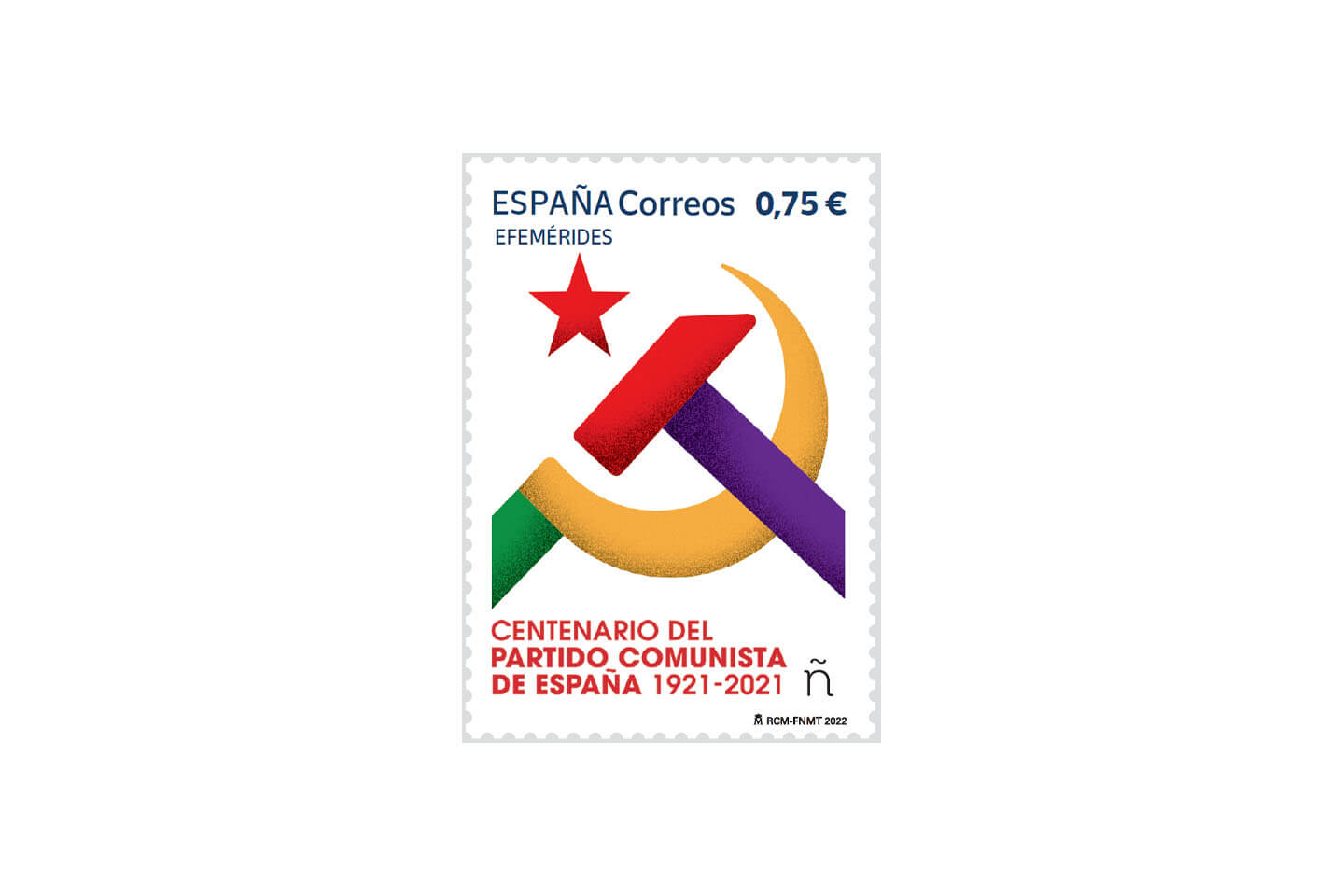 On April 15, 1920, the  Spanish Communist Party was created , known as the one with  one hundred children  because of its origin in the Socialist Youth. A year later a second detachment will arise, the  Spanish Communist Workers’ Party , which, after the intervention of the Communist International to unite the two parties, will result in the  Communist Party of Spain on November 14, 1921 . In March 1922 it held its first congress. A story with many faces of women and men who decided to commit themselves to change the reality of an unjust and unequal country.

After years of lobbying by CEE, the EU instituted Black Ribbon Day on August 23rd, 2009.

It’s a day of remembrance for the victims of all totalitarian regimes, specifically Stalinist, communist, Nazi and fascist regimes.

The Molotov-Ribbentrop Pact was signed on August 23, 1939

The move has enraged many citizens, who have directed anger at Socialist Spanish leader Pedro Sánchez, with some pointing out that the Correos is currently headed up by Sánchez’s former Chief of staff.

Spanish government, led by Pedro Sánchez from the Socialist Party, pays homage to communist party and communist ideology with an official postage stamp, to be released Nov 14. A humiliating insult to millions of past and present victims of communism worldwide. pic.twitter.com/r7m07h6O4d

It is estimated that Communism has resulted in more than 100 million deaths throughout its relatively short history.

Other Twitter users expressed their outrage at the move:

¡Qué vergüenza! A “Victims of Communism” stamp would be far more appropriate. These symbols represent imperialism, genocide, poverty, and gulag. Will a swastika stamp be next? https://t.co/wtHh2IzPMM

Disgusting. #Spain's Communist Party tried to deliver the country into the hands of Stalin's secret police and helped install a Soviet-model regime in the areas of the country they controlled until their defeat. https://t.co/0uIJILlw79

The government was heavily criticised during the pandemic for instituting draconian mask, lockdown and vaccine passport policies.

A huge scandal also emerged when the elite of the Spanish business world as well as sports figures and celebrities were caught buying fake vaccine certificates in an attempt to maintain access to social freedom without taking the vaccines.